Sandra was alone in the middle of the kitchen that for more than fifty years had been the reign of her mother. Two days had passed from the moment she had entered that house knowing in her heart that her mother had passed. Since that day, she had not left. The phone rang. Sandra moved to the hallway and lifted the receiver.

“What do you mean with usual? There’s nothing usual about the situation.”

“Sorry. Is that… it’s terrible not having you home.”

“Well. Did they finish with their police stuff? I mean, collecting data and such?”

Sandra looked at the kitchen through the open door.

“They left about… um, some time ago.”

“So, there’s no need to you to stay there any longer. Let me put on a pair of shoes and I am there with the car.”

“To bring you home!”

“I am waiting for the body, Roberto. I don’t have time.”

“What do you mean? Time for what?”

“Mum wanted a home wake. I have to stay here and organise it.”

“And they… they accepted?”

“The police and the coroner agreed that it was an accident, so Vittorio obtained the authorisation. The case is closed. Mum died when she hit her head on her own rolling pin. She had fallen because of the flour, on the floor. The flour bag had a hole and the flour went onto the floor and… “

She gasped in search of air.

“She washed that floor every day, so it was all clean, and shiny and… slippery. And she died because of a shiny floor, because of a hole and because of her damn rolling pin. She died in a stupid way, Roberto. And she was all alone. And… and…”

And then all that Roberto could hear was his wife crying in desperate sobs.

She hung up. At the other side of the town, Roberto sent the cordless flying through the living room. Her wife was away. His son was away. For two days he had eaten alone and slept alone, like a loser. When he had thought to finally have his wife all to himself, here, the old hag still kept her grasp on Sandra from the underworld. He took a deep breath, then looked for the phone. He couldn’t go eating out. Everyone would have known he had been left all by himself. He didn’t want to join Sandra. It was clear she didn’t want company. Roberto looked uncertain at the phone for a couple of minutes, then called.

Sandra was still sitting on the floor when her son, Marco, arrived. She heard some noise at the front door but did not move. Without minding to ring the bell, Marco used the second key to unlock the door. He walked quietly, just like his father. They possessed a natural grace, for which Sandra had always had a soft spot.

“I know, I was at the hospital and a nurse told me.”

Sandra nodded. Her son crouched close to her.

“Mum, I have a good news. Nadia awakened.”

The words were surely intended but the tone and the expression on Sandra’s face show just a soft relief and not real wonder or enthusiasm. Her son caressed her cheek with the back oh his hand. He had seen her skin shine at the light coming through the glass frames of the door.

“Hey, mum. What… you shouldn’t stay here all alone.”

“I am not saying that. See, I can stay here with you. I’ll sleep in uncle Vittorio’s old room or even on the couch.”

His mother turned resolutely her head left to right. Then she seemed to check on something in the depth of the unlit corridor.

“No. Stay home with your father. Actually, persuade him to stop calling. When everything will be over I’ll come home on my own.”

“Of course. When – she moved her head again to the side – when I’ve done what is expected of me, I’ll come home.”

Her son watched her face intensely and stopped his eyes on that dark corner of the corridor for a moment. Sandra’s eyes followed Marco’s and seemed to tremble in fear.

Marco smiled his mother the way girls loved and she faintly replied.

Marco nodded and keeping the smile on his face he quickly moved his hand to the light switch above his head, lighting up all the hallway. Sandra gasped and erupted in a short scream.

In that moment, his uncle Vittorio entered the house, dark and straight in his perfect black uniform, hat and all. In a second, he surpassed his nephew and offered his strong tanned hand to his pale sister. He lifted her on her feet and embraced her, then looked right in Marco’s eyes with contempt. Sandra sighed in her brother’s arms.

“I thought you were at your daughter’s bed, at the hospital. Nadia just woke up.”

“I know. She’s with the nurses and the doctors. Awake and perfectly safe. Thank you.”

Marco stared back at his uncle with equal intensity.

Then, turned to him his back and walked his way to the door. On the front lawn, he crossed the paramedics who were carrying his grandmother’s body on a stretcher with difficulty. One wheel had broken and the balance had gone. Marco paused to light a cigarette and looked at it, then reached Peter, who was waiting for him in the old doctor’s car.

Asked Peter after a peek at Marco’s face.

“I am sick and tired of everyone thinking I am a careless jerk.”

“I am bloody worried, Pete!”

Hissed Marco and took a deep puff from his cigarette.

“You don’t know the shitty things Nadia has on her journal.”

“I am not speaking about private stuff. I don’t give a damn about it. That journal is full of bloody witchcraft junk.”

Marco looked at Peter like if he was a fool.

“For Christ’s sake! She’s not a Wiccan. She’s obsessed with that bitchy town witch. At first, I helped her collect documents about it . At the Red House, among all those strange olds books there’s stuff about that bitch as well. I thought it was some sort of local history assignment. But… you should have seen all those pages of rituals and diagrams and notes about weird dreams. She’s going insane for that shit. – He paused and looked at his late nana’s home – And now my mother.”

“Your mother? Her own mother has died only yesterday. She’s in shock.”

“It’s not only grief. There’s something going on in that creepy house. My mother is acting so strangely. I mean, more than usual. And before, for a moment she seemed to be scared. She was scared that I could see something.”

“I don’t know. I lit the corridor and there was nothing. And then my uncle, Mister Paladin of the Law came in and treated me like shit. I am sick and tired of this family. – He looked at Peter. – Let me drive.”

But Marco didn’t move from the passenger seat. He only threw the cigarette butt out of the open window and crossed his arms.

“It was the character, Bartleby.”

Peter restrained a laugh and started the car. 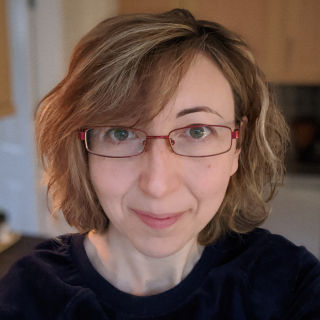